New research to tackle one of Australia's most prolific mosquitoes, responsible for spreading most cases of Ross River virus, has commenced in the Hunter region of New South Wales.

The three-year project, between the University of Newcastle, Australia's national science agency CSIRO, the NSW Department of Health and the University of Melbourne, will use genomic sequencing to inform suppression strategies for the Aedes vigilax mosquito.

The Aedes vigilax is one of the most widespread mosquito species in Australia predominantly originating from coastal wetlands like salt marshes and mangrove forests.

It can fly many kilometres within a lifetime and spreads the Ross River virus, the most reported mosquito-borne disease in Australia with more than 4,000 cases reported yearly.

Around Port Macquarie-Hastings, for example, there are tidally influenced environments such as saltmarsh, coastal swamp forests and tea tree swamps.

These combined environments result in mosquitoes emerging from several different habitats in the one area.

Exceptional rain after a long period of drought creates a perfect storm for mosquitoes and mosquito-borne diseases.

While Ross River Fever is not a life-threatening disease, it can be severely debilitating with some people able to recover within weeks, while others experience painful symptoms for months.

"Advances in technology mean we can sequence tiny amounts of DNA to track genetic differences of individual mosquito genomes and find distinct populations - a technique which has not been applied to this species before," Dr Trewin said.

"This information will provide the foundation for the next phase of the project, which will assess the feasibility of controlling the Hunter Aedes vigilax population with Wolbachia, a natural bacteria which has been successfully used to suppress vector-borne disease in over 13 countries including here in Australia.

"If we're successful, we could use this technique across other regions of Australia struggling with Aedes vigilax nuisance biting," he said.

Using this genomic sequence approach, the team will be able to look at closely related mosquito populations in finer detail and determine relationships within and between populations in the Hunter estuary, Lake Macquarie, Port Stephens and throughout Australia.

The University of Newcastle is situated in the Hunter River estuary, a large wetland area, providing an ideal location to study the population genomics of Aedes vigilax. 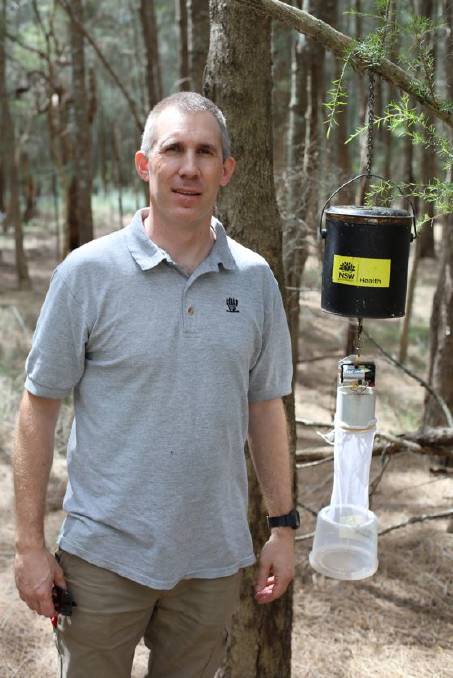 Dr Toby Mills, researcher from the University of Newcastles School of Environmental and Life Sciences.

Dr Toby Mills, researcher from the University of Newcastle's School of Environmental and Life Sciences, said the study was an important step towards informing decision making efforts to control mosquito populations in the Hunter and elsewhere across Australia.

"The project is a part of the University of Newcastle's Grand Challenge 2020, to reduce the burden that mosquitoes impose on human health and lessen the nuisance factor inflicted by mosquitoes in urban areas," Dr Mills said.

"Following on from the collaborative genomics and trapping program we will also be running a bi-monthly surveillance program through autumn, winter and spring to identify the presence of the mosquito 'off-season'.

"In addition, we have developed an insectary and established Aedes vigilax colonies to further the research aims of the project," he said.

CSIRO has extensive expertise working with communities across Australia to prevent the spread of mosquito-borne diseases.

What do we know about mozzies on the Mid North Coast?

Local councils across New South Wales trap mosquitoes and send to NSW Health Pathology for weekly testing from the start of spring through until the middle of autumn.

NSW Health coordinates the arbovirus and mosquito monitoring program across the state.

Mosquitoes are collected using traps baited with carbon dioxide. They trick the mosquitoes into thinking the trap is an animal.

A mosquito will only spread the Ross River or Barmah Forest Fever virus to a human after it has bitten an infected animal such as a kangaroo or wallaby.

And some people are more likely to be bitten by mozzies than others.

Mosquitoes can sense and are attracted to the carbon dioxide humans breathe out as well as the smell of our skin.

And if you've seen more dragonflies about lately, then it may have something to do with the mozzies. Dragonflies love to snack on mosquitoes, but certainly not enough to keep numbers manageable.