Mosquitoes carry diseases that may be passed on to people or animals through mosquito bites. 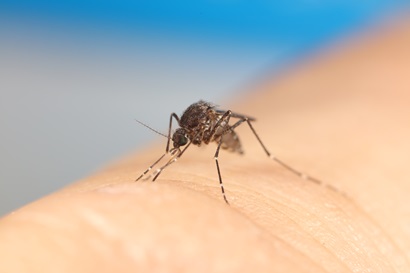 New research to tackle one of Australia’s most prolific mosquitos, responsible for spreading most cases of Ross River virus, has commenced in the Hunter Region of New South Wales.

Mosquito-borne diseases such as dengue, Zika and chikungunya are a major global public health issue. More than half of the world’s population are at risk from diseases spread by mosquitoes.

Increased trade, urbanization and global temperatures mean local and invasive mosquito species like the Aedes aegypti and Aedes albopictus, currently established in northern Queensland and the Torres Strait, could spread into major Australian cities and potentially transmit these deadly diseases.

Despite concerted efforts to eradicate mosquitoes and the diseases they transmit, the World Health Organisation estimates that some 390-million dengue infections occur annually, of which almost 100-million people fall ill, leading to 25,000 deaths.

The most common approach for mosquito population control is targeted insecticide application. While the success of this method is limited to treating outbreaks of disease, many mosquitoes eventually develop resistance, and insecticides have adverse environmental impacts.

This has raised awareness for alternate approaches to control these deadly diseases. Our researchers are developing new and novel ways to understand mosquitoes and how they spread viruses by:

Use of genomic sequencing to investigate population movements

Our researchers take a long-term approach when addressing the challenge of mosquito-borne disease in vulnerable communities.

Working with national and international collaborators, as well as local communities, our researchers develop tailored and sustainable approaches to address this important public health issue.